Alpha hemolysis on blood agar refers to the breakdown of erythrocytes or red blood cells. In microbiology, bacteria can be classified based on their ability to induce hemolysis in an agar blood medium. There are three types of hemolysis can occur and they are classified as alpha, beta, gamma, and hemolysis.

Each type is characterized by differential physical characteristics and varying degrees of lysis of blood cells due to specific hemolysins, or chemicals that induce hemolysis, secreted by particular bacteria. Alpha hemolysis. 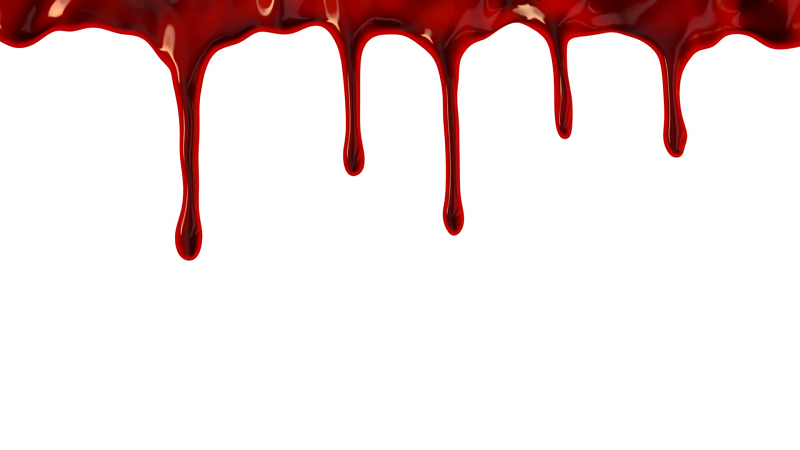 Alpha hemolysis on blood agar is mainly used to identify and grow several strains of pathogens, or noxious, bacteria. Strains that show alpha and beta hemolysis have exotoxins that can show harmful effects in the body as evidenced by their breakdown of erythrocytes in the medium. Streptolysin used by beta-hemolytic bacteria, in particular, has the potential to destroy many different types of cells in the body due to their deterioration of the cell membrane.

Blood agar substrate is used. The microorganisms that proliferate in this agar release exoenzymes with destructive effects on red blood cells. 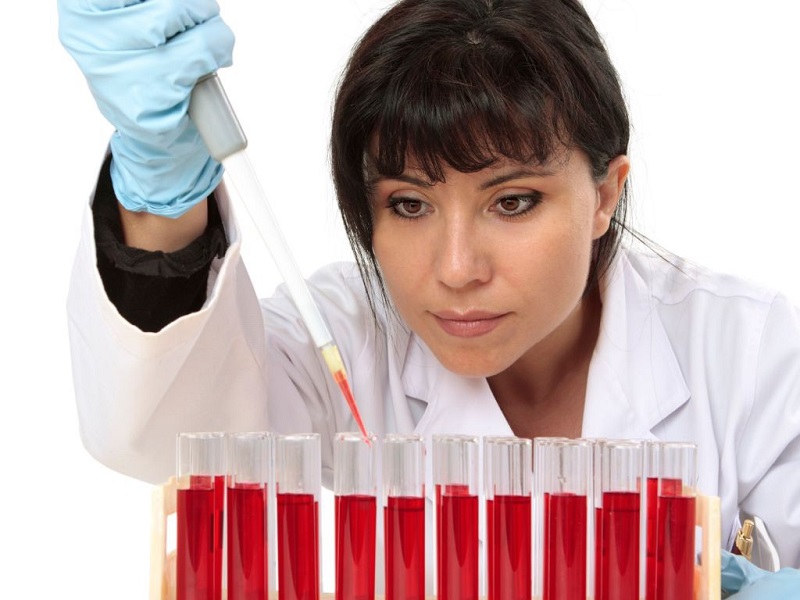 Rupture of red blood cells when they are introduced into a hypotonic solution, due to the entry of water into the cell by a phenomenon of osmosis.

Production of a gray-green colored area around a colony on a blood agar plate, caused by the partial breakdown of the hemoglobin of the erythrocytes until it reaches biliverdin. This zone is characteristic of pneumococci and some Streptococcus

Production of a colored area of yellow more or less clear on a plate of blood agar produced by the action of some bacteria on the hemoglobin until reaching bilirubin. 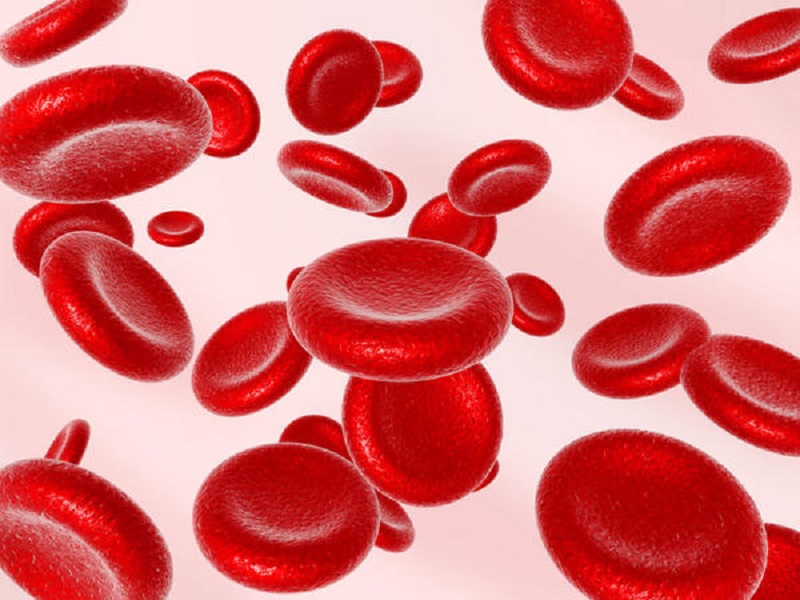 Alpha hemolysis on blood agar Base is usually supplemented with sheep, rabbit or horse blood at 5-10% to isolate cultivate and study hemolytic reactions from a wide variety of pathogenic nuisance microorganisms.

The Agar Blood Base is a modification of the “Hormone” medium of Huntoon with a slight acid composition.

Infusion of heart muscle and casein peptone provide the source of nitrogen, carbon, amino acids and proteins. Yeast extract provides vitamins and essential amino acids. Sodium chloride maintains the osmotic balance and the agar is used as a solidifying agent. This medium is relatively free of reducing sugars which interfere in the hemolytic reactions of streptococci. The pattern of hemolytic reactions may vary depending on the type of blood used.

As starch is too long to be transported into the cell. The microorganisms excrete amylases that hydrolyze these polymers to oligo or monosaccharides that can be used as substrates to grow. 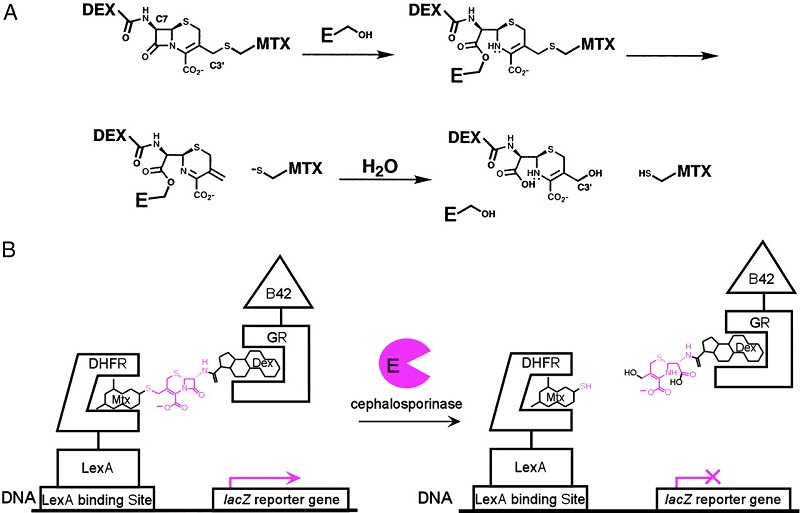 Agar Starch which is mainly produced by higher plants is composed of amylose and amylopectin. Various amylolytic enzymes hydrolyze starch and its products. The Lugol with the starch forms a complex blue color that does not occur when the starch has been degraded.

A positive test is revealed by adding Lugol solution (see Gram stain) by the appearance of colorless areas around the colonies; if the test is negative, the medium is completely dyed blue-purple. 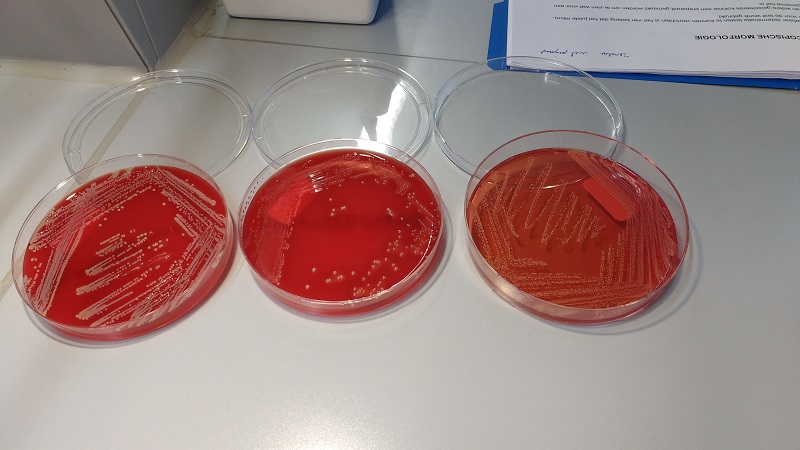 Hemolytic streptococci have translucent or opaque, gray, small and mucoid colonies with an area of hemolysis. Other organisms that can produce hemolysis include Listeria, several corynebacteria, hemolytic Staphylococcus, E. coli, and Pseudomonas.

The pneumococcal colonies appear flat, smooth, translucent, grayish and sometimes mucoid surrounded by a small green zone of alpha hemolysis on blood agar. The colonies of Staphylococcus have an opaque, white to yellow appearance and surrounded by a clear zone by beta hemolysis.