There are many different things that can lead to a deterioration in the condition of soil. These are usually divided into two categories – man-made and natural causes. 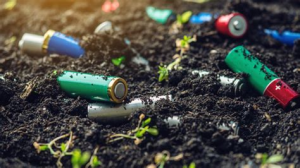 Construction activities are one of the leading drivers of soil pollution as a result of how much construction takes place daily. Any chemical used on a construction site could pollute the soil. These chemicals are also dangerous when they travel through the air as particulate matter as these are more resistant to degradation and can build up in organisms. For details on Remediation Contractors, go to soilfix.co.uk

Construction work can produce huge amounts of dust of tiny particle sizes which can lead to respiratory problems like asthma. Demolition can also release toxic particles into the atmosphere like asbestos, which also settles into the soil and poisons it.

To experience a completely natural build up of harmful chemicals is rare but such an event can be exacerbated by human activity and vice versa. Natural processes can lead to either an increase or decrease in the toxicity levels of the soil. Here are some of those processes:

By far the largest sources of soil pollution are from human activity. Where there are high levels of construction and industrial manufacturing, levels of soil degradation are significantly higher. Soil contamination has a major impact on human health. When plants and crops are grown in contaminated soil, the contaminants are passed to humans through consumption.

Coming into contact with contaminated soil can also lead to respiratory problems, skin issues and a host of other medical problems. The same problems exist for animals who come into contact with polluted soil.