Although it was discovered by Alexander Fleming in the early Nineteen thirties the research and development  of the drug was left in the doldrums. Fleming could not understand how to purify the mould so that it could be used and he soon became disinterested in a project that would go on to save countless millions of lives. It fell to the work of Howard Florey and Ernest Chain, ably assisted by Norman Heatey to get the drug into production. They were ready to try it out on some of the first patients in what we would see as Adaptive Phase 1 Studies. Who was the first to benefit from this miracle drug? 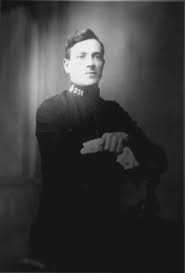 Production of the drug was difficult. At first mice infected with Streptococcus were used and those that received the drug improved. Heatley had developed a special growing factory for the mould due to a shortage of material during the second world war. The first human patient to have treatment was Albert Alexander. He was a Policeman who had accidentally scratched himself on a rose thorn. This had developed into septicemia and he was now extremely ill. His case shows how humanity was truly  beset by infection. 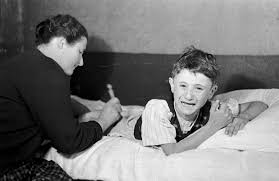 160mg of Penicillin was administered with Heatley being very concerned about side effects of such an amount. However as the patient was a terminal case Mr Alexander was happy to try anything. At first the effects were incredible. The temperature of the patient improved and even their appetite returned. Such a turn around had never been seen before.

Sadly there was not enough of the drug to be able to complete a course and Alexander succumbed to the illness and passed away a month later. Florey, Chain and Heatley were saddened but the trial had given them hope. They switched to giving it to sick children as the doses needed were smaller. Many youngsters owe their lives to that decision.