Nowadays most of us take for granted the ability to be able to jump on a plane and jet off around the world. Our modern planes are made by many different companies, all experts in what they do and all using modern technology, such as Plasma polymer composites that Poeton specialises in for example.

The famous first plane that ever flew of course was the Wright brothers plane that flew in North Carolina in December 1903. Its flight of twelve seconds doesn’t sound like much, but this was an important and ground-breaking first step in the aviation journey. 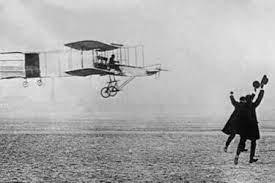 Paving the way for other pioneers of the skies, there quickly followed other landmark achievements in aviation – Henri Farman, completed a flight of at least a kilometre in his plane, the Farman III.

The planes that had flown successfully thus far had been bi-planes which were all based on the invention of the Wright brothers. But in 1909, the first monoplanes had started to appear and be flown – Robert Esnault-Pelterie and Louis Bleriot were pioneer inventors of this type of plane and Bleriot flew his monoplane across the channel. 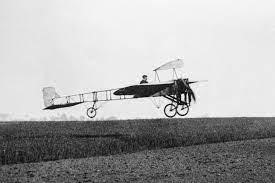 A few short years after this, the First World war broke out. Military leaders on all sides were keen to create better planes for use in warfare, and with so much investment in it, planes came on in leaps and bounds during this period of time.