In the UK, there are around 21 million full-time employees and approximately 4 million limited companies. That’s a lot of employees and UK employment law is there to support and protect both workers and employers.

Employment law is complex and covers a massive range of industries. There are laws in place to safeguard employers by stating what needs to be a contract, for example. Contracts help to protect employees by detailing all rights and expectations from the start of the relationship. Laws also exist to protect the worker, for example the National Minimum Wage and the Equality Act.

To list everything that employment law encompasses would take a long time but the basics include pay, holiday entitlement, contracts, sickness, maternity, health and safety, disabilities, discrimination and redundancy, for example. For advice on employment law, including how to make a Constructive Dismissal Claim, go to www.employmentlawfriend.co.uk/constructive-dismissal

Discrimination is a major part of the law in relation to the workplace. The Equality Act 2010 lists protected characteristics that cannot be discriminated against. These include: 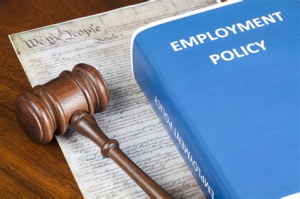 Discrimination is descibed as being direct or indirect. Direct discrimination would involve actions such as bullying or harrassment or failure to promote someone because of their sex, for example. While indirect discrimination deals more with an organisation’s policies that may disproportionately impact one or more of the protected characteristics.