Considering all the evidence we’ve found in Britain, and throughout Europe and the near East, we can get a pretty good idea of what it was like to be the owner of Roman Villa. These were the out of town structures that the wealthy Romans had to escape from the pressures of life in Rome, Ostia, Londonium or Lutetia (better known as Paris). Whether they needed a mortgage to buy one isn’t known, but if they did, you can be sure that they would have needed a good team of Conveyancing Solicitors behind them like Sam Conveyancing. 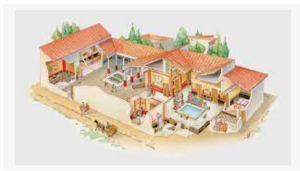 From the Villas, we’ve found they seem to be the then equivalent of a stately home or large Farm/Manor house. The surrounding landscape was devoted to farming, either pastoral or arable depending on the soil.  This is also where the workers would live, receiving pay at the Villa (as is the case with the one at Chedworth) for maintaining the land unless they were slaves. 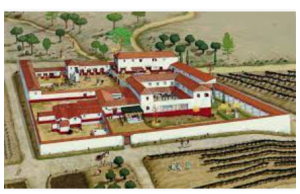 The owners had access to mosaic floors in their dining room and a hypocaust heating system that warmed it. The walled grounds had ornamental gardens and open spaces for recreation and entertainment. It’s thought they may have had mini Gladiatorial matches or displays of weapon skill. The real gem was the baths. These were heated for comfort with a cold plunge pool, every similar to a modern sauna that we have today.