One of the many facts of life that we all face is the spectre of VAT. Value Added Tax is a rather clever way of governments to generate more tax revenue without directly taking it via things like income tax and national insurance payments. Instead VAT places a 20% tax on certain goods and services that finds its way into the government coffers everytime we buy them. This is generally worked out for us so that we don’t notice. However, when you go shopping next time have a look at the receipt and see how much has been put on! Randall and Payne Cheltenham Accountants are experts at helping you sort this out. Of all the Accountants Cheltenham you can choose, they are one of the best. Here are some things that you may not know about VAT.

Certain things are exempt from VAT. For example children’s clothing and nappies, as a way of helping people afford them, has no VAT. Strangely, neither does cake. However, biscuits are charged. This led to a great battle between Mcvities and the Government about Jaffa cakes. McVities said they were a cake. The Government said, but you sell them in the biscuit aisle and they aren’t very big. Also you generally make biscuits therefore this is biscuit and you need to pay VAT on it. Mcvities showed that via its production it was a cake. Conclusively a Jaffa cake goes hard and a biscuit goes soft. The Judge ruled, it’s a cake. 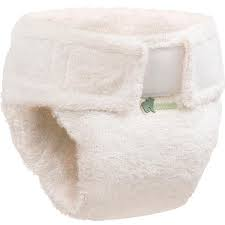 The VAT system means that tax is taken throughout the process. Suppliers of raw materials charge manufacturers, Manufacturer’s change retailers to buy it and sell it. Retailers charge you as part of the cost price when you buy it. A very solid revenue stream indeed.